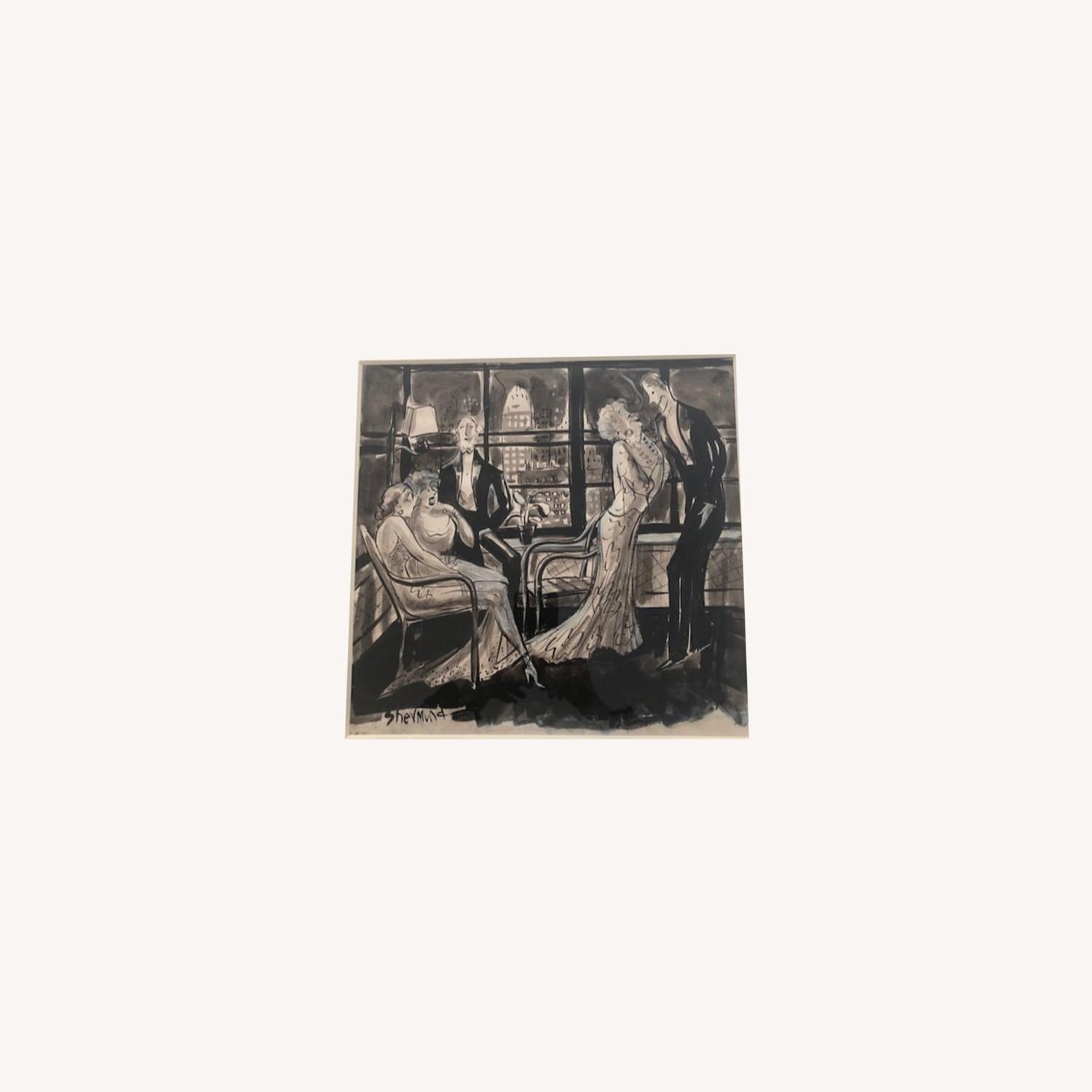 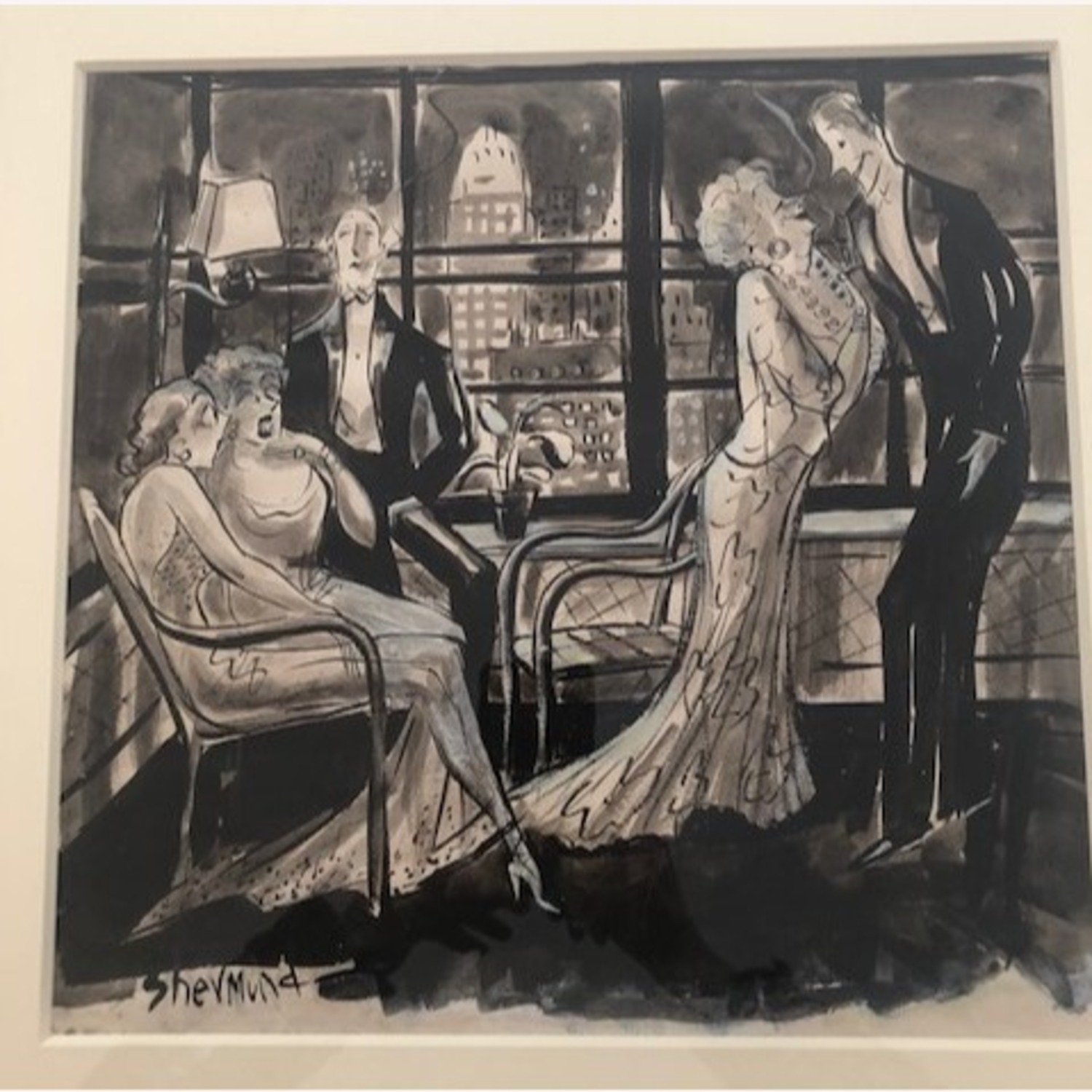 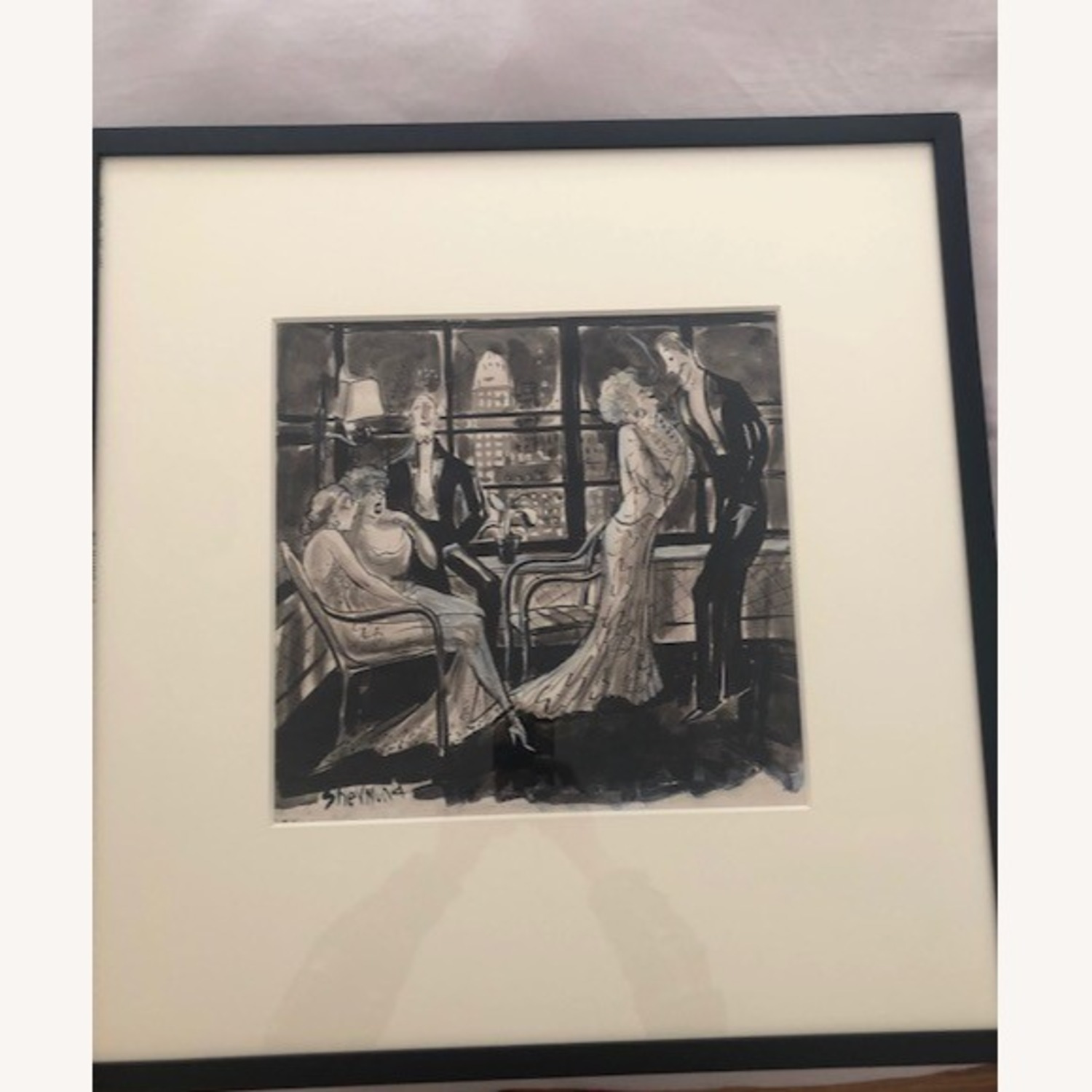 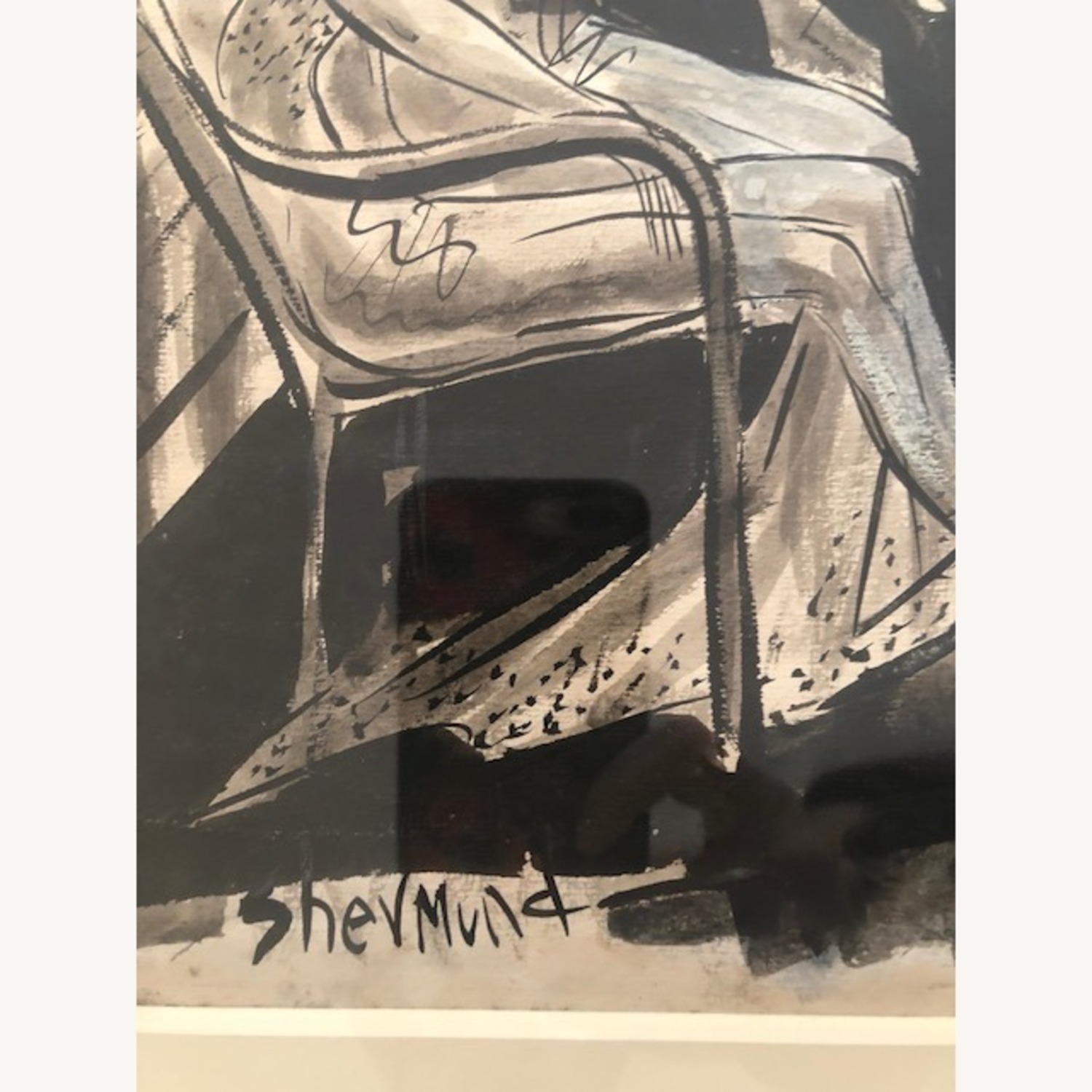 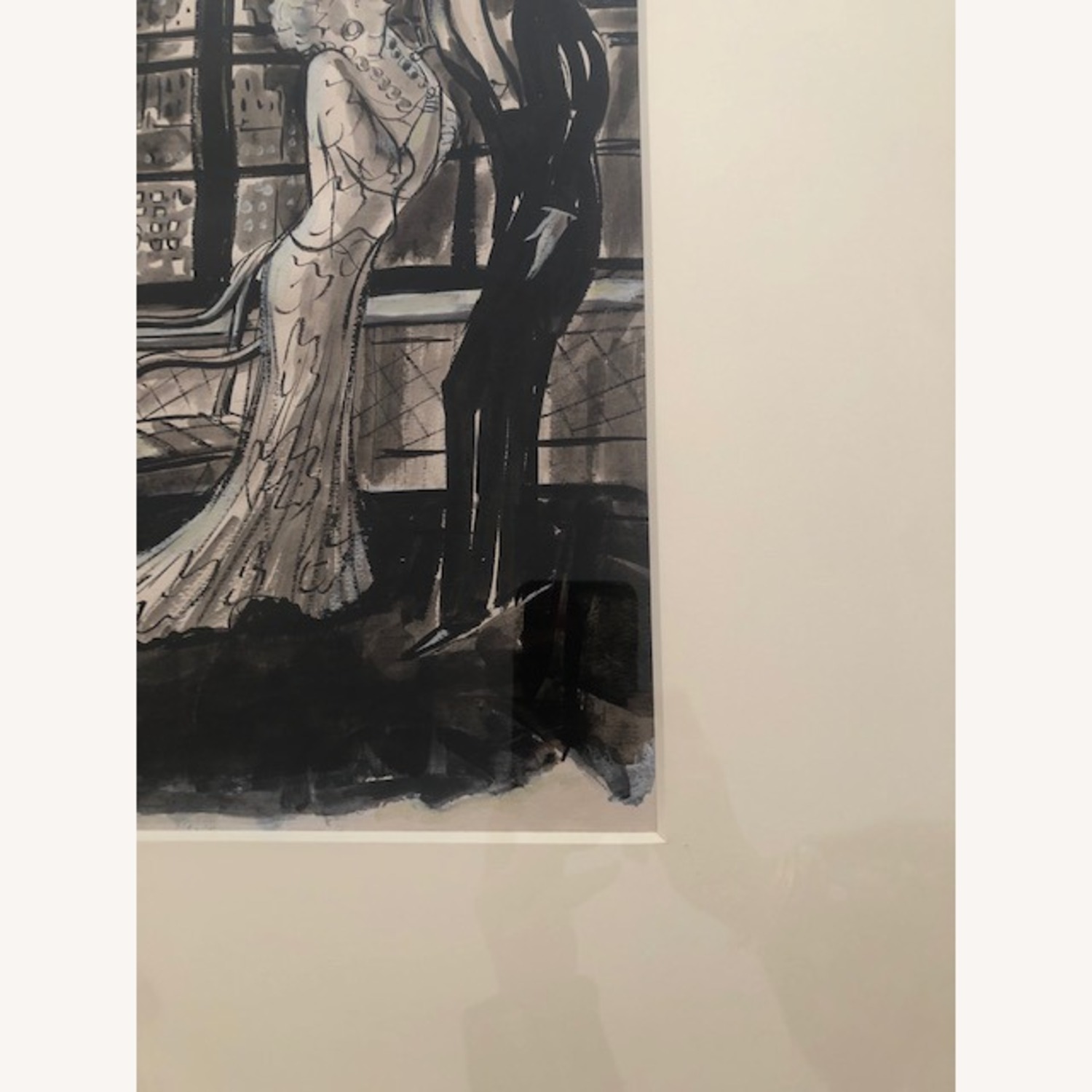 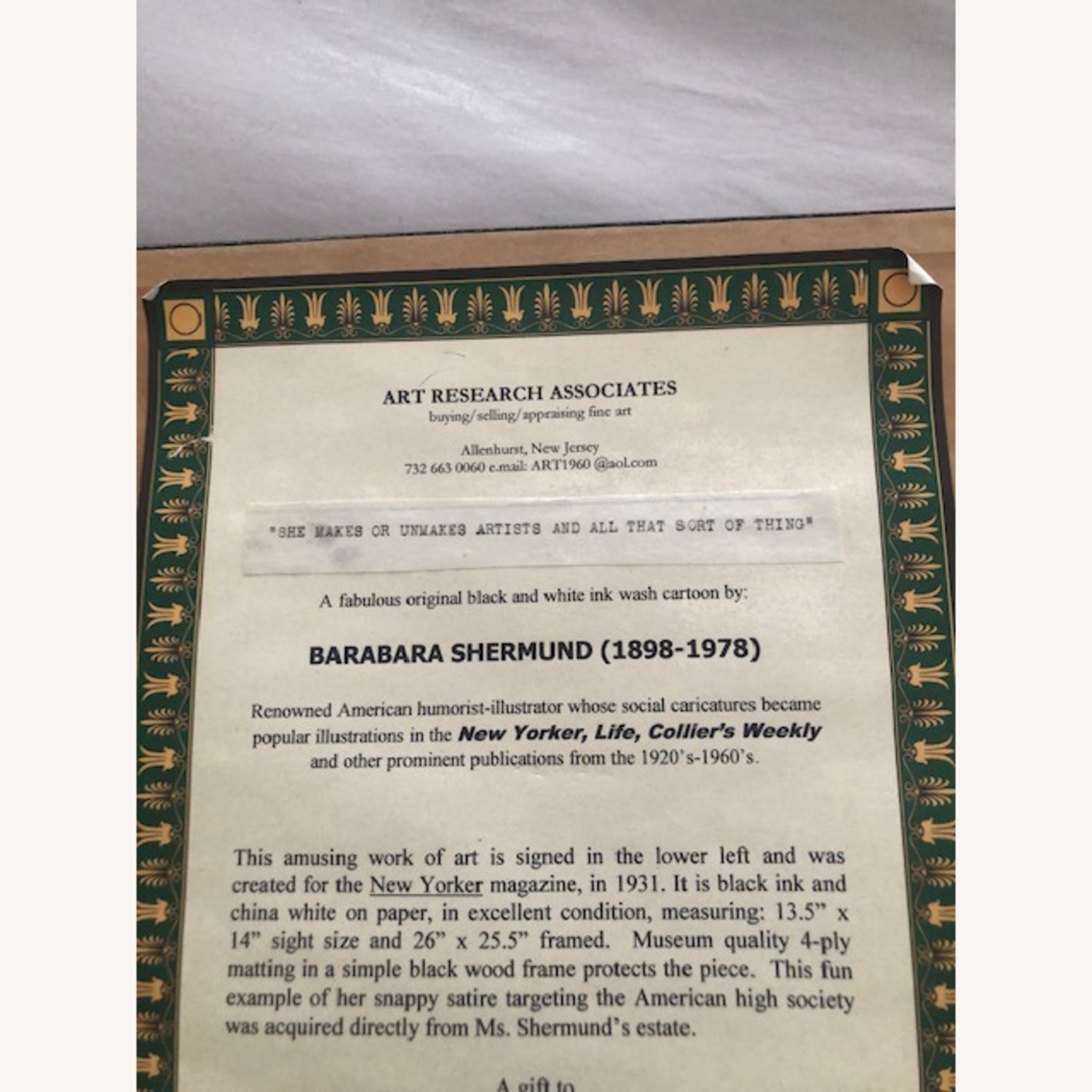 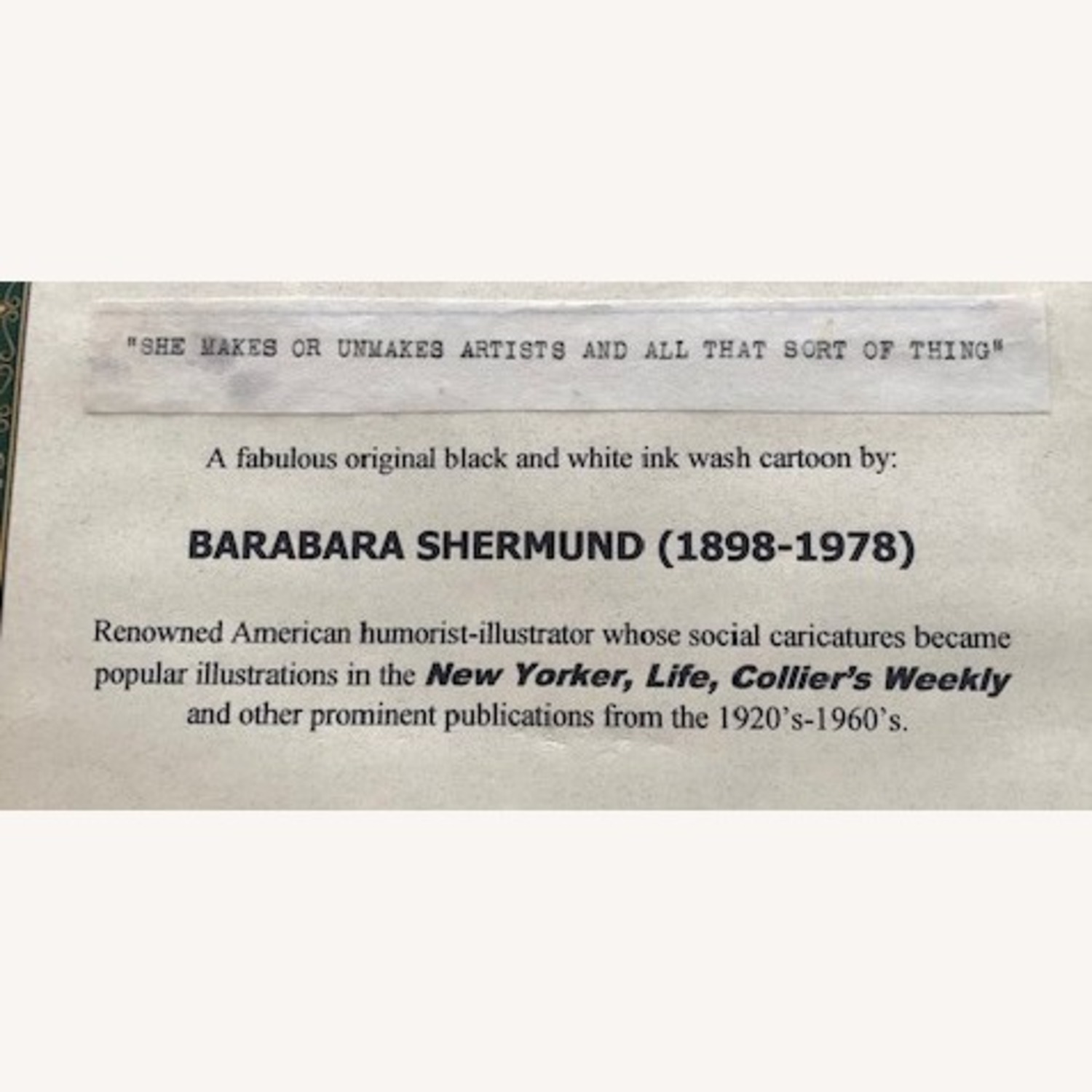 Sold by Suzan
Qty: 1|
$2,018
or pay over time with or
Northeast (NY, NJ, CT, PA, DE)
Local pickup is not available for this item.
Contact the seller if you're interested in self pickup.
2 customers have this item in their cart
Have a similar item? List it now

Seller's Notes: Barbara Shermund was a female cartoonist, and an early contributor to The New Yorker magazine, from 1926 to 1944. Her cartoons centering around beautiful, independent women later appeared in other magazines, most notably Pictorial Review, for which she made the feature 'Shermund's Sallies' (1944-1957). Early life and career Born in 1899 in San Francisco, California, Shermund was the daughter of an architect and a sculptor. After studying at the California School of Fine Arts, she headed to New York City, living an itinerant lifestyle in the city and upstate in Woodstock, New York, frequently travelling abroad. She never had a studio, preferring to work on a kitchen table sketching on large pieces of watercolor paper. The New Yorker Shermund was one of a group of innovative cartoonists at The New Yorker under editor Harold Ross. Her first cartoon appeared in this magazine in January1926, 11 months after the magazine's debut. She would go on to publish nearly600 cartoons and eight covers in the magazine. Her work was centered on tall, angular, independent women who often expressed pointed feminist sentiments, and men were often absent or the target of the joke. Due to changing popular sentiments and an abrasive new art director at The New Yorker, James Geraghty, Shermund's work became less out spokenly feminist and increasingly reliant on hired gag writers for jokes and settings. She was published less frequently until her cartoons finally stopped appearing in The New Yorker in 1944. Shermund's Sallies She became a frequent contributor to the men's magazine Esquire and produced a regular feature, 'Shermund's Sallies', in William Randolph Hearst (/artists/h/hearst_wr.htm)'s magazine Pictorial Review from 13 August 1944 to 2 June 1957. It was also syndicated through King Features. Her cartoons also appeared in Collier's, Life, and Photoplay (illustrating the series 'Miracle Men at Work to Make You Lovelier' in 1939). Final years and death In 1950, she, Hilda Terry(/artists/t/terry_hilda.htm) and Edwina Dumm (/artists/e/edwina.htm) became the first women inducted into the National Cartoonists Society after Terry wrote a protest letter about the lack of female members. Towards the end of her life, Shermund settled on the shore in Sea Bright, New Jersey and died in 1978 in the Ivy House Nursing Home in Middletown Township, New Jersey. This amusing work of art is signed in the lower right and was created for The New Yorker Magazine in 1931, It is black ink and China white on paper, in excellent condition. Measuring 13.5" X 14'', sight size and 26" X 25.5" framed. Museum quality 4-ply matting in a simple black wood frame to protect the piece. This fun example of her snappy satire targeting the American High Society was acquired directly from Ms. Shermund's estate.