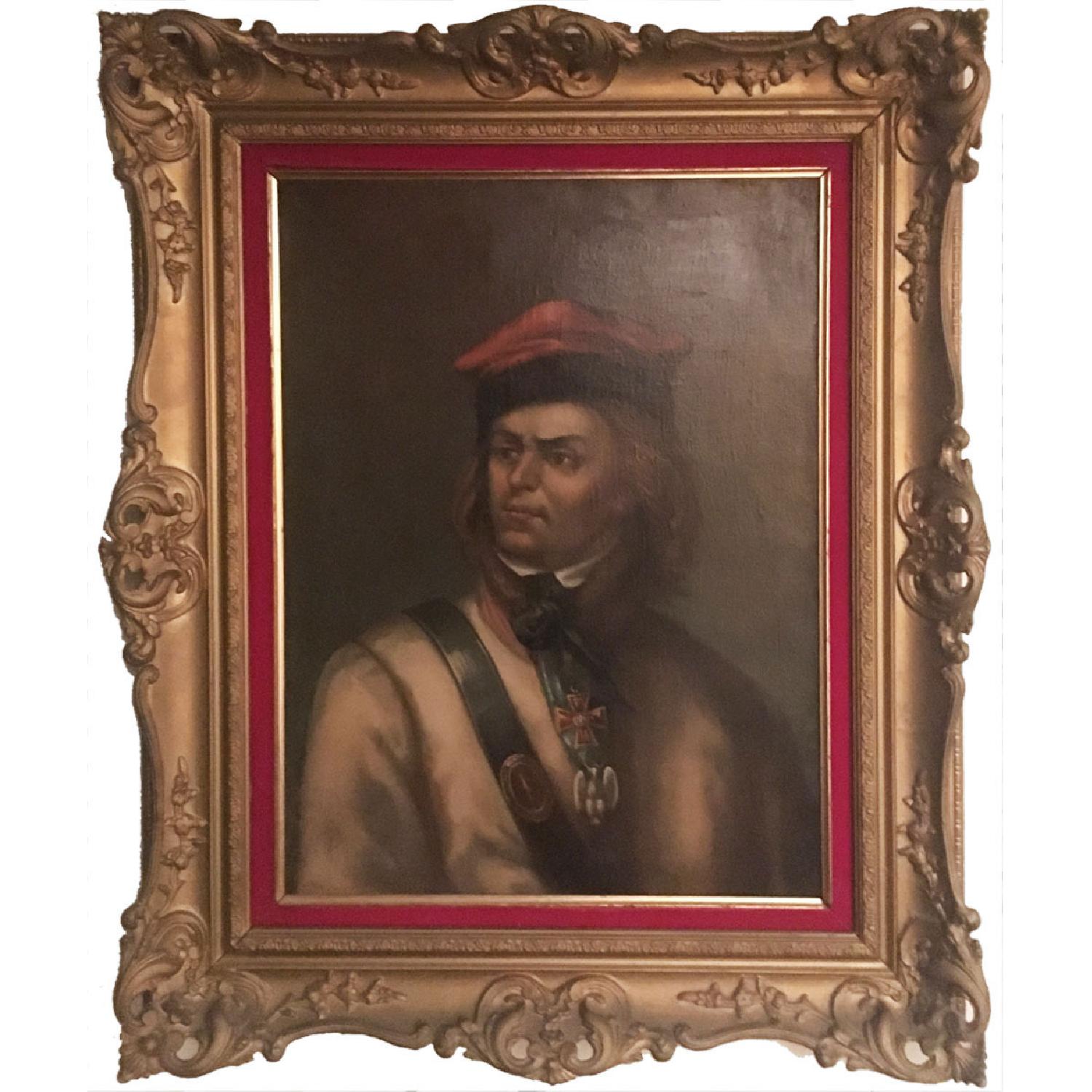 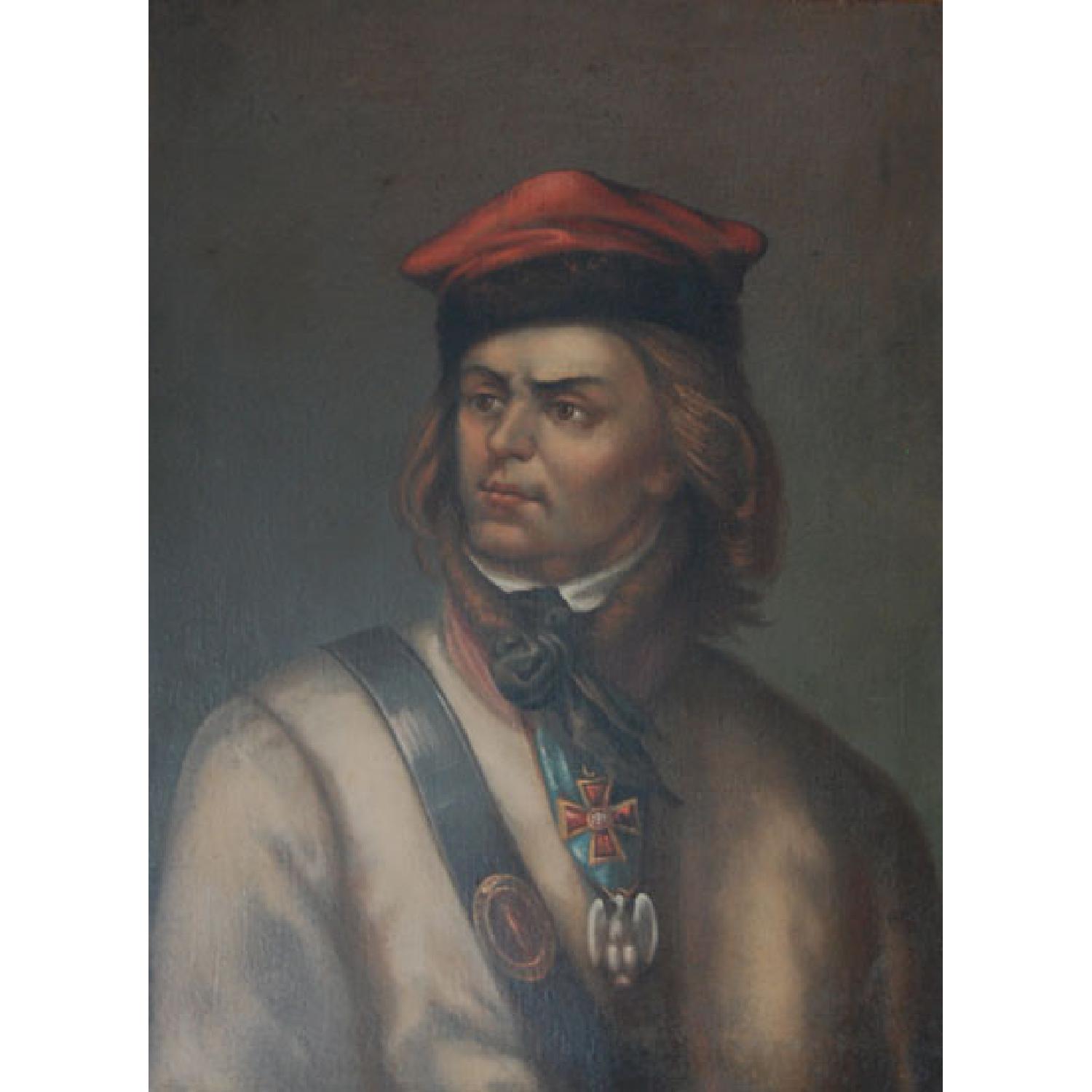 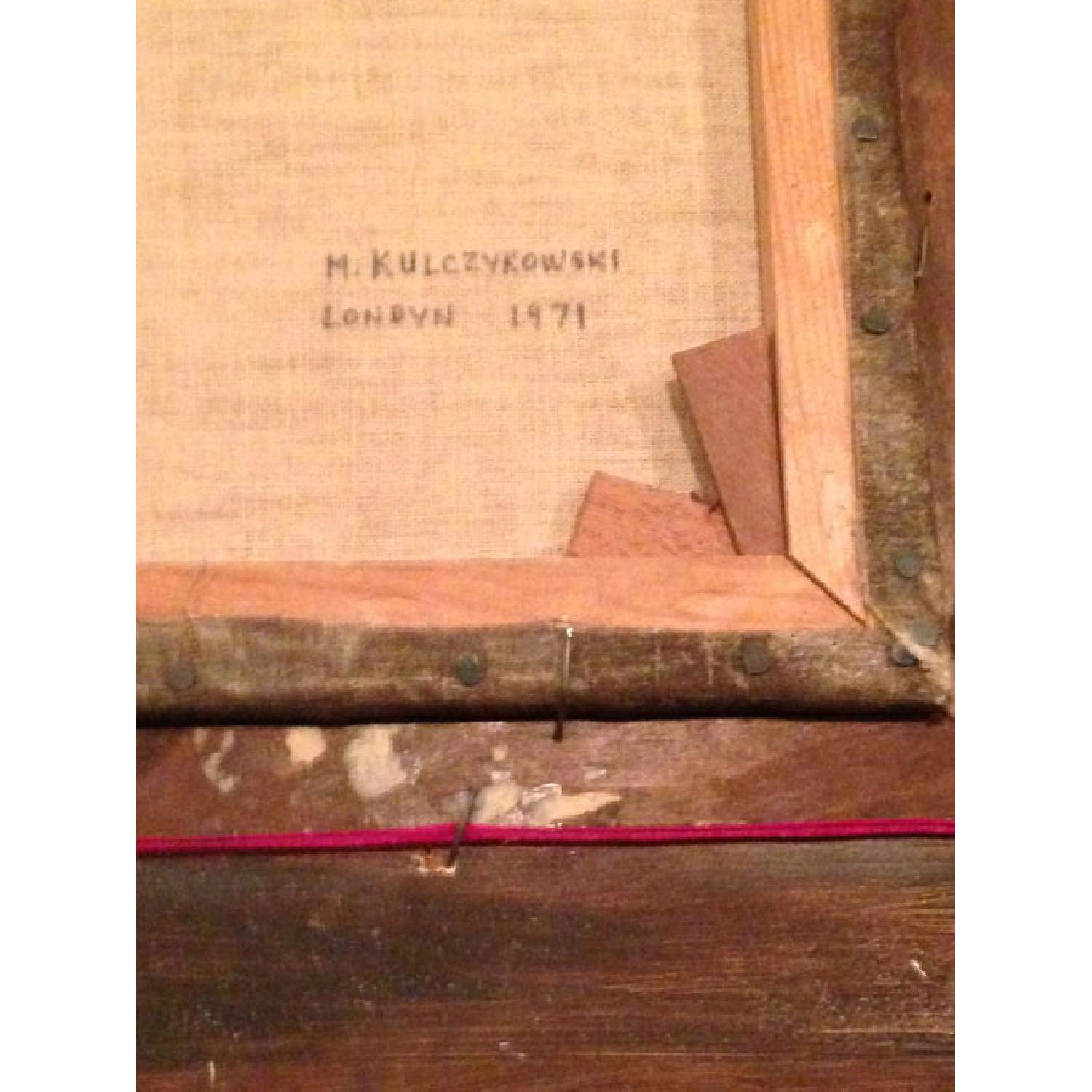 Seller's Notes: From the collection of M. Kulczykowski the art director of Christie's London Auction House in London 1971. The 4th picture is a screenshot of another painting auctioned, which had the same method of labeling by the collector. Oil on canvas. 15"x20" [38x51cm] painting Framed as pictured with ornate gilt wood frame and velvet liner. Andrzej Tadeusz Bonawentura Kościuszko (1746-1817) was a Polish-Lithuanian military engineer, statesman, and military leader who became a national hero in Poland, Lithuania, Belarus, and the United States. He fought in the Polish–Lithuanian Commonwealth's struggles against Russia and Prussia, and on the American side in the American Revolutionary War. As Supreme Commander of the Polish National Armed Forces, he led the 1794 Kościuszko Uprising. In 1776, Kościuszko moved to North America, where he took part in the American Revolutionary War as a colonel in the Continental Army. An accomplished military architect, he designed and oversaw the construction of state-of-the-art fortifications, including those at West Point, New York. In 1783, in recognition of his services, the Continental Congress promoted him to brigadier general. A close friend of Thomas Jefferson's, with whom he shared ideals of human rights, Kościuszko wrote a will in 1798 dedicating his American assets to the education and freedom of U.S. slaves. Estate Sale: These pieces have been in my family for 50 years.